Ukraine a disaster for them :( 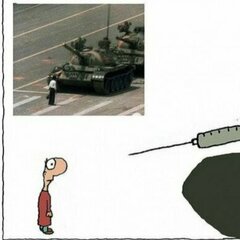 By mark3evo,
March 3 in The Bandwagon